Budapest Forum 2022: From Russia’s War in Ukraine and the Energy Crisis to Fake News and Polarization

The Budapest Forum 2022: Building Sustainable Democracies, co-organized by Budapest Municipality, Political Capital and CEU Democracy Institute, hosted domestic and international thinkers and gave space to innovative, unusual, bold ideas and proposals to put the city back on the progressive intellectual map of the region.

“Our effort is here to foster a more inclusive and democratic society in all parts of the world, wherever democracy is under threat today. The question is why are some democracies more resilient to crises, to sudden and dramatic changes in their environment than others, and why can some others more dramatically weakened by extreme forms of political polarization, and what makes some democracies more resistant to demagogues and to the lure of strongmen, mostly men, who promise all kinds of things, which they do not deliver,” 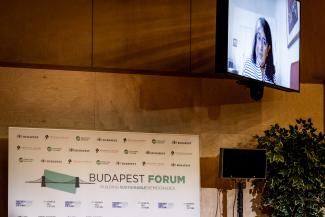 "We may face forces of historic scale and magnitude, but our actions can shape the course of history", said Mayor Gergely Karacsony in his opening speech, adding that "if we don't want our chapter to be written by others, we must start writing it ourselves."

Autocracies are resilient, they adapt to the mainstream narrative. They try to make it look like they are democracies, but without any substance, Simon Cheng, exiled pro-democracy activist from Hong Kong emphasized in his keynote address. 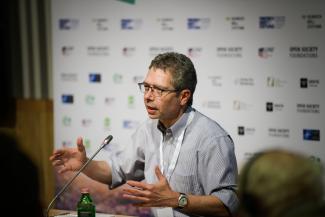 "Democracy is not a system to uphold harmony but to process conflict," 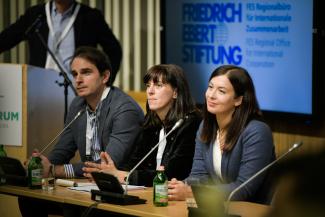 In the panel on the functioning of state propaganda machines, economist Sergei Guriev, Provost of Science Po and former adviser to President Medvedev, pointed out, among other things, that "the 21st century dictator pretends to be democratic" and that "the peculiarity of such regimes is that people do not even know at first that they are not living in a democratic country". According to Ilya Yablokov, Lecturer at the University of Sheffield, "the problem with any authoritarian leader is that he isolates himself from unfiltered information and falls prey to his own propaganda" – as is currently the case with Putin, who has "constructed a conspiracy-theory-laden, highly anti-Western narrative that is far from the way a rational leader should communicate." 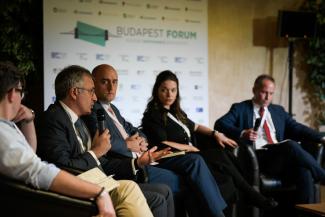 Russia's war in Ukraine was also the subject of two discussions at the conference. Hanna Hopko, a former Ukrainian MP, recalled that 91% of the Ukrainian population supports membership and 93% are convinced that they will win the war, which will not only protect Ukraine's independence but also contribute to global security. Nevertheless, Andras Racz, Associate Fellow at the German Council on Foreign Relations emphasized that Putin's decision to mobilize more people ensured that the war is going last for at least another year.

Freezing the conflict is only the interest of Russia. Ukrainians would never accept a ceasefire without pushing Russian soldiers back to their country, Edwin Bendyk, Chairman of the Board at Stefan Batory Foundation argued. Freezing the conflict would be like "keeping a mine next to our house," Sofia Oliynyk, Program Coordinator “Democracy Support and Human Security” at Heinrich Boell Foundation in Kyiv added. 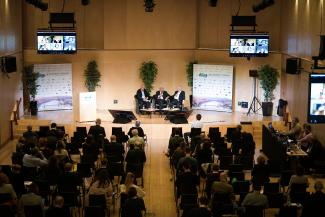 Francis Fukuyama, Senior Fellow at Stanford University Freeman Spogli Institute for International Studies, in a discussion dissecting the illiberal trends in Hungary, argued that a section of the US right, traditionally supportive of the small state and low taxes, welcomes Viktor Orban, who has taxed the banking system and implemented "economic nationalism".

Orban is not a trend-setter in the European far-right. If you look at the major issues, he is either following others’ footsteps or he is unable to create alliances,

our Co-Director Laszlo Bruszt pointed out. The thing that binds national populists is their admiration for Putin, he said. The EU facilitated the erosion of democracy in Hungary in the past years, Timothy Garton Ash, Professor at Oxford University continued. 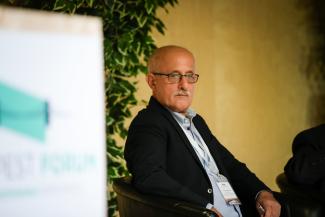 On the second day of the conference, which focused mainly on the energy crisis and a socially just transition, Toby Trister Gati, former U.S. Assistant Secretary of State responsible for Russia, Ukraine and the Eurasian region, said she believes Putin has held himself to account, both in energy and military terms: their weapons and soldiers are no match for the West, while their gas is becoming increasingly hard to sell in the West, leaving them weakened and drifting into China's arms. 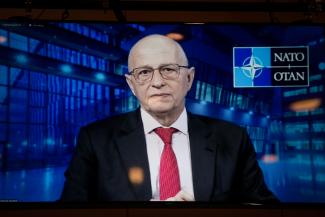 In the closing panel of the conference, NATO Deputy Secretary General Mircea Geoana argued that Russia's aggression violates international law and reminded that many of us would not have believed that the Gulag could become a reality again, but the abuses of Russian forces against Ukrainian civilians and the deportation of a million Ukrainians are still ongoing. The Deputy Secretary General noted that with the current partial mobilization, Russia is de facto recognizing that the "special operation" is a real war. Geoana expressed hope that Finland and Sweden would join the NATO as soon as possible, adding that the alliance would continue its open door policy.

You may re-watch the entire conference on the links below:

Watch all the panels here

Read the summary of every panel:

The Forum was covered extensively by Hungarian and international media. See the full list here.