Democracy in History will complement and enrich the work of the other groups of the Democracy Institute by creating a broad historical perspective and opening up the research field toward the humanities.  It seeks to focus both on the emergence of democracy as a sociocultural practice and as an ideational framework. Thus, it will engage both with the long-term roots of democratic patterns in pre-modern societies (from political philosophies of classical antiquity and political theology of medieval universities to the medieval communes and early modern noble republicanism) and their modern and contemporary manifestations and legacies (such as debates on the relationship of democracy to constitutionalism, liberalism, or republicanism).

By analyzing various patterns of democratization, our group is aware that this is not a “one-directional” teleological process. Therefore, it will pay special attention to the study of earlier and recent crises of “de-democratization.” Thus, we seek to put contemporary debates into a broad historical framework, but also look at previous instances of de-democratization and processes of democratic revival while having in mind our current problems. Thus, the historical study of the rise of autocratic/totalitarian regimes in past times is relevant to current political discussions and it allows for a critical examination of the dominant civilizationist discourse. In connection to studying patterns and processes of democratization and de-democratization, this research group will also explore the history of “thick” and “thin” ideologies, such as liberalism, socialism, anti-liberalism, nationalism, populism, fascism and their impact on social and political changes.

We will explore questions such as: How to map comparatively national, meso-regional, and global patterns of democratization and de-democratization if we want to go beyond the Huntingtonian “waves,” and consider the backlash of the last decade? Can we use populism as a trans-historical category of internal challenges to democratic regimes going back in time, or is it a recent phenomenon? What is the role of history (politics of remembrance, populist reinterpretation of medieval and recent past, erecting and reinterpreting monuments, rewriting of schoolbooks) in this process?  How and when did civil society function as an agent of democratization or of democratic backsliding? How was the creation of autonomous communities instrumentalized by monarchical and state power for various purposes? In order to address these issues, we also plan to involve colleagues working at the Vera and Donald Blinken Open Society Archives (OSA) on the history of transition to team up with Democracy Institute researchers and run common projects.

Historians can meaningfully contribute to the program and profile of the Democracy Institute not only by asking what the historical study of processes of democratization, de-democratization, and so forth, may add to our understanding of democracy. It may, indeed must also be asked where democracy “is” in history as a discipline and a cognitive field, what the practice of history itself contributes to democracy – to what extent and in what sense is, or is not history “democratic”. This relationship is a meta-level issue relevant to the formation and self-reflection of all historians and can be meaningfully engaged irrespective of one’s specific empirical research interests. By embracing it, the Democracy Institute may provide an important platform for CEU graduate students, researchers, faculty, visiting fellows and external scholars to develop joint projects relevant to its larger endeavors. For a start, a series of public conversations about these issues with a select range of historians, will be organized by a small team of graduate students and CEU faculty during the academic year 2021-2022.

This book series (Brill), launched in 2019 and co-edited by Erica Benner (Berlin), Cesare Cuttica (Paris/Helsinki), Laszlo Kontler (CEU) and Mark Somos (Heidelberg) promotes the study of European traditions of political and constitutional thought from classical antiquity to the twentieth century. Three volumes have been published so far, and about half a dozen more are in advanced stages of preparation. The series and each new volume shall be presented with the involvement of expert commentators in the seminar series of the DI.

The project forms part of a larger research agenda seeking to contribute to the rethinking of modern European intellectual history from the vantage point of crisis-discourses. Combining the methodology of conceptual history with a contextualist history of political thought and with a transnational perspective, it focuses on a number of key controversies that shaped modern East Central European history and politics, seeking to assess continuities and discontinuities. Its three main temporal axes to be analyzed are the interwar era, the socialist period (especially its early and late years), and the years following 2008. More information: https://mappingcrisis.wordpress.com

Within this project, initiated by Istvan Szijarto (ELTE), a conference co-hosted by CEU took place in 2019, and a volume co-edited by Szijarto, Wim Blockmans (Leiden) and Laszlo Kontler is being prepared. To paraphrase Quentin Skinner (“liberty before liberalism”), the project looks at aspects of constitutionalism before constitutionalism. It investigates parliamentary culture in the last century of the ancien régime in “peripheral” areas of continental Europe, where – unlike some of the core regions – the estates retained more substantial political powers than elsewhere. Prime examples include the sejm in Poland, the Diet in Hungary or the Riksdag in Sweden in the Age of Liberty. Particular emphasis is placed on motivations and political communication, and the interplay of ideas and practices.

Reconstructing the interwar debate on the crisis of liberal democracy

Reconstructing the interwar debate on the crisis of liberal democracy from a transnational comparative perspective. Fed by the criticism of mass democracy at the turn of the century, such as Sorel, Pareto, or Le Bon, the feeling of crisis amplified after 1918 when actually most of Europe saw the expansion of parliamentary regimes, soon to be eroded by permanent infighting and eventually superseded by authoritarian projects in many countries. Along these lines, I hope to analyze different ideological and political groupings (liberals and neo-liberals, socialists, communists, populists, and fascists) and their use of the crisis-discourse, seeking also to draw some lessons relevant for understanding the post-1989 anti-liberal backlash in East Central Europe and beyond.

According to a Western understanding of politics, the word “illiberal” is difficult to associate with a democracy: liberty (individual freedom) is a basic element of constitutional democracy. Yet, some democratically elected governments in Eastern Central Europe (above all, Hungary and Poland) aggressively promote an illiberal version of democracy -- and transform states and societies accordingly. What is the underlying constitutional understanding? What lines of tradition is it based on? And what does that mean for Europe? The project is supported by The Volkswagen Foundation’s funding program "Challenges for Europe" with a total of almost 1.5 million euros (250,000 euros for the sub-project at the Democracy Institute). The team at CEU will investigate the rise and constitutional underpinnings of illiberal Christian democracy. 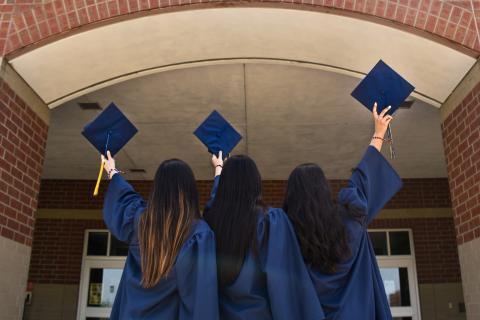 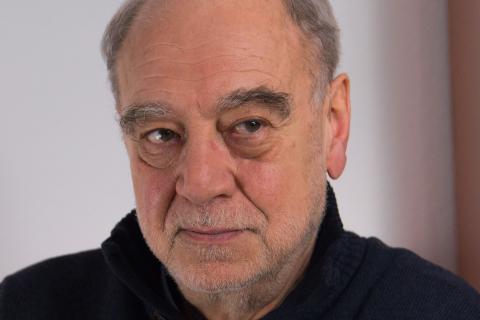 “The number of serious acts of violence and the degree of anti-Semitic prejudices are essentially unrelated,” our Research Affiliate Andras Kovacs said to Telex.hu, referring to the results of a survey conducted in 16 countries. 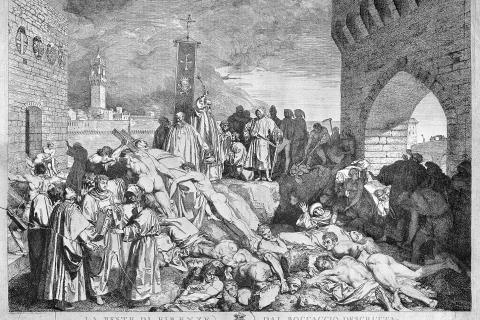 Gabor Klaniczay on the Social Impact of Pandemics

There were many who said it was a lie, just like anti-vaxxers today, our Research Affiliate Gabor Klaniczay said in an interview with 444.hu about the plague in the Middle Ages. 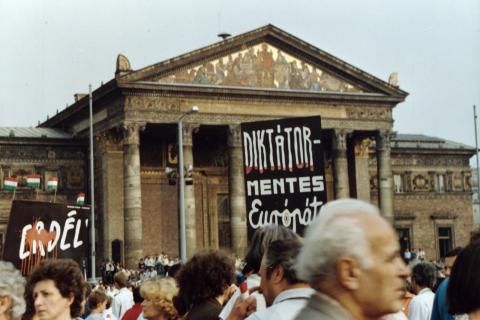 We are happy to announce that the CEU Democracy Institute joins a multidisciplinary team of scholars in a new research endeavor "Towards Illiberal Constitutionalism in East Central Europe: Historical Analysis in Comparative and Transnational Perspectives." 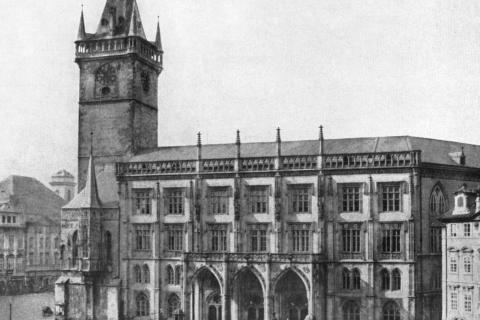 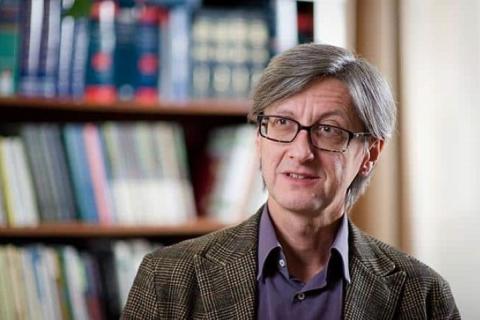 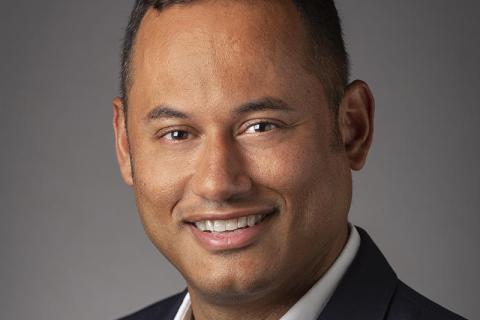